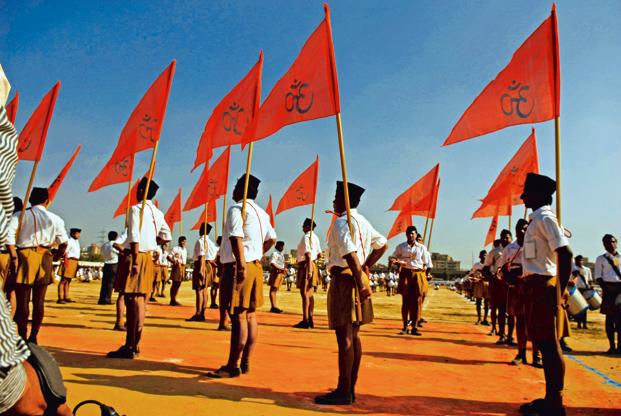 The Hindutva, a political child of the Brahminic Hindu religion, denied spiritual citizenship to Shudras historically. Now it has decided to deny national citizenship to Muslims. The Brahmin/Bania forces want to consolidate their power with an iron grip on all sections of India by denying basic citizenship to different sections of India in different modes. Shudras and Dalits were denied all basic rights for millennia through the Hindu spiritual system. Now through the Hindutva school they are going after Muslims with a nationalist agenda. In this agenda even the Shudras/Dalits/Adivasis do not get anything but their muscle power will be used for fighting Muslims and vote power will be used for Brahmin/Bania/Ksatriya empowerment.

The citizenship Act 2019 bans migration of Muslims from only three countries—Afghanistan, Pakistan and Bangladesh. Why only these three countries, not from other Muslim countries? The reason is that these three countries are part of Hindutva Akhanda Bharat. Hindutva ideology still believes that Islam has taken away the Shudras, Dalits and Adivasis, who would have been under the thumb of the Brahmin/Bania/Ksatriyas of India as a great majority. All of them went into Islam and carved out their own nation states based on the religious ideology and philosophy.

From these three countries over a period of few decades many Brahmin/Banias migrated to India under the rubric of Hindus. They got the best of the resources in North India and most of such migrants got, with the help of the central Government, English medium education and got into bureaucratic positions, politics and so on. L.K.Advani (Sindhi Bania) is one such leader who came from Pakistan. He organized the Banias around the RSS/BJP networks. Now Narendra Modi, a Bania (with OBC certificate) and Amit Shah, a Jain Bania, who are his disciples doing yet another level mobilization of their own forces. Mohan Bhagwat as the head of the RSS and Modi and Amit Shah, as the rulers of the Indian state and while controlling their party, are moving with a design. Though many labouring non-Muslims– who are lower castes– migrated from these three countries they were left in the labour camps.

RSS/BJP never believed in all caste equality with all spiritual, social and political rights for everybody . Till today the Sangh Parivar did not discuss about the question of abolition of caste which was the source of expansion of Islam in the Indian sub-continent. Even now the Shudras/Dalis/Adivasis have no basic spiritual citizenship rights in Hinduism. RSS/BJP forces are trying to build a massive Ram temple with the labour power of the Shudra/OBCs but they cannot become priests in that temple. Even now RSS basically is Brahmin controlled network. BJP is a structure of Brahmin/Bania controlled political formation.

The nation knows how Hegdewar, Golwalkar, Shyama Prasad Mukherjee, Deendayal Upadhyaya to Atal Bihari Vajpayee, the Brahmin saga established its hegemony in the RSS/BJP structures. Now the Brahmin/Bania combination is working with a clear cut direction. But no Shudra/OBC/Dalit/Adivasi was allowed to come to any Brahmin-Bania leader’s status. Yet most Shudras/Dalits/ Adivasis were/are set against Muslims believing that they are their enemies.

For this situation the Muslim elite of India, who are mostly upper caste converts, are also responsible. We all know that Mohammed Ali Jinnah was Gujarati Bania convert and Allama Iqbal was Kashmiri Brahmin convert. Many Muslim leaders working around Congress now are from the brahminic family converts and the masses are from the productive castes background.

The pattern of the Brahmin/Bania migration from Afghanista, Pakistan and Bangladesh as Hindus was the same as what happened in Kashmir in the 1990s. All the pundits migrated in the name of Hindus. Who remained in Afghanistan, Pakistan and Bandladesh as Hindus till date, and what is their social status, apart from minority status, is not known. If the ‘Persecuted Hindus’ as the Act defines once migrate to India if they get citizenship would they get some caste status or not. Suppose all of them claim that they are Brahmins or Banias or Ksatriyas. In which case they would be automatically granted the status spiritual equality but not for those Shudra/OBC/Dalit/Adivasis even if they want to claim that status while living in India from the days building the Harappan civilization they will not get. That is caste and Hinduism.

Shudras within Hinduism do not have spiritual citizenship. Whether they are Jats, Patels, Gujjars, Marathas, Yadavs, Reddys, Kammas, Lingayats, Vakkalingas, Naykars, Nairs who are known as upper Shudras also do not have the spiritual citizenship, leave alone OBCs of India.In West Bengal broadly Shudras who are Bengali agrarian communities also do not have spiritual rights. They cannot aspire for priesthood and a spiritual philosophical position in Hinduism. The RSS/ BJP would not like to discuss this question because that would create a condition of conflict that would result in overthrow of the Brahminic hegemony.

The Indian Muslims never understood the caste nature of Indian society and never stood by the untouchables and Shudras in the modern period. Their intellectuals and leaders remained caste blind and also class blind. They were living within the fold of their religious institutionalism. Both Hindutva forces and communal Muslims were locked up in the rioting process for quite long time. Muslims never realized the importance of democratic mobilization, in spite of Ambedkar repeatedly telling them that democratic struggles are more important than communal fights.For the first time they realized.

At least now they have to realize the importance of democratic mobilization against Hindutva brahminism on consistent basis.

If the Shudra/OBC/Adivasi get spiritual equality; if they control every institution, including Hindu structures, that would remove the fear of Hindu conversion to Islam or other religions. But the Brahmin/Bania forces would not like such transformation because their spiritual, social and political hegemony will collapse. Once spiritual democracy gets established and the Shudra/Dalit/Adivasis control Hindu spiritual system there will not be anti-Muslim thinking among Shudras/Dalits/Adivasis as there is food cultural commonality, though they belong to different religions. Indian Brahminism, then, will be put in its proper place.

Kancha Ilaiah Shepherd is a political theorist, social activist and author of many books, the latest being From Shepherd Boy to an Intellectual—My Memoirs

← The Question That Won A Big Battle
In Mohan Bhagwat’s India, Everyone Is a Hindu →