The BJP managed to win over the support of the marginalised communities by projecting Modi as an OBC leader. Here’s what the grand old party can do to reverse it.

During the 2019 election campaign, Congress leader Rahul Gandhi was projected as a Brahmin who wears janeu. Narendra Modi, on the other hand, projected himself as a member of the most backward class (MBC). He started declaring his caste backwardness publicly with apparent pride. To convince the MBCs that he is truly one of them, Modi called himself a chowkidar in addition to calling himself a chaiwala.

Now the world knows who won. 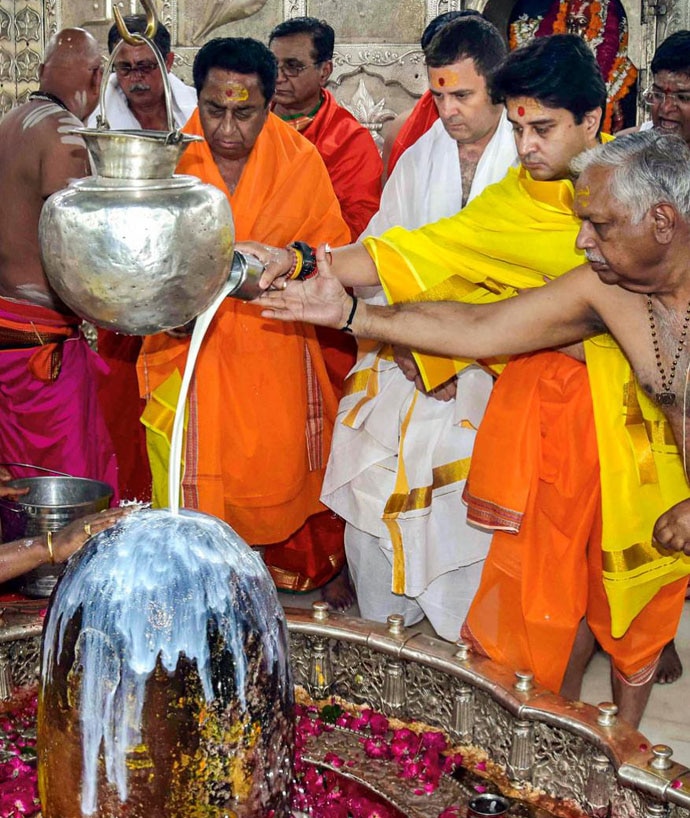 The Congress projected Rahul Gandhi as a Brahmin who wears janeu in the run-up to the 2019 general elections. (Photo: @INCIndia)

As the discourse remained stuck in the ‘Rahul is Brahmin’ and ‘Modi is MBC’, the regional Shudra leaders remained in oblivion. It is important to remember that they were the leaders who took on the powerful Congress for over decades. They were finally crushed by Narendra Modi and Amit Shah’s strategies.

The duo mobilised castes around the BJP and almost finished the Shudra regional powers along with the Congress. The Congress intellectuals, whether Harvard, Oxford, Cambridge or Indian educated, do not know how to understand, or break, the combined might of the two.

The Shudra regional parties started emerging in the 1960s. The Dravida Munnetra Kazhagam (DMK) emerged and captured political power in Tamil Nadu in 1967. The DMK was born and grew as an anti-Brahmin party.

The same year Chaudhary Charan Singh became the first non-Congress chief minister of Uttar Pradesh after leaving the Congress, which was under the control of the Brahmins from UP.

Both CN Annadurai, the first non-Congress chief minister of Tamil Nadu, and Charan Singh were Shudras who fought against the Brahmin hegemony in Tamil Nadu and Uttar Pradesh, respectively. Subsequently, NT Rama Rao, Sharat Pawar, Mulayam Singh Yadav, Lalu Prasad and Nitish Kumar emerged as Shudra leaders in opposition to the Congress that was generally headed by Brahmins.

In Punjab, the Akali Dal also rose in response to Shudra oppression. In the united Andhra Pradesh, the Telugu Desam, Telangana Rashtra Samithi and YSR Congress are Shudra political formations.

They all came into power in their own respective states with a regional feudal economic power base. All these parties weakened the Indian National Congress step by step in the 1980s and 1990s. Apart from the regional Shudra political forces in Uttar Pradesh, the Dalit political formation, Bahujan Samaj Party (BSP), headed by Kanshi Ram weakened the Congress further. 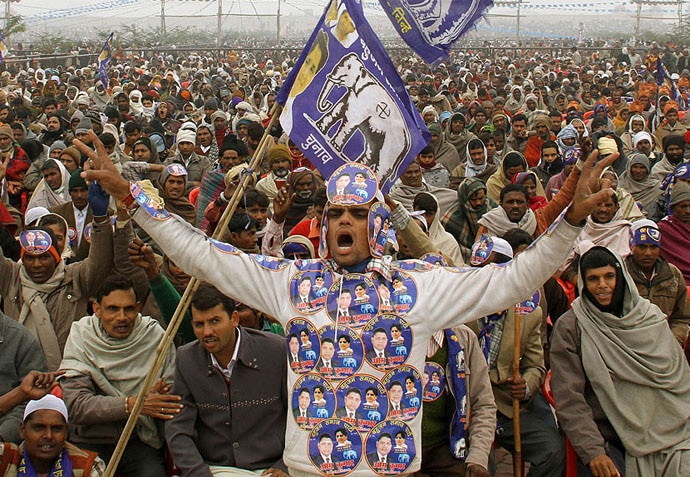 The Congress was always Brahmin-centric, apart from being Nehru-Gandhi family-centric. While Shudra regional leaders were accommodated in the party since the pre-Independence years, they never really had an ideological grip on the party.

Though Sardar Vallabhai Patel and K Kamaraj, both Shudras, had a major role in the party at the national level, no Shudra could emerge in the Congress as a towering leader with an all-India vote base. The pan-India vote base remained only in the hands of leaders who emerged from the Nehru family. This gave enough scope to the Bharatiya Janata Party (BJP) to attack it as the Nehru dynasty party.

The Congress leadership projected Indira, Rajiv, Sonia and Rahul Gandhi as part of the Gandhi-Nehru dynasty and the Gandhi in their name meant Mahatma Gandhi. The Rashtriya Swayamsevak Sangh (RSS) and its political wing, the Jana Sangh, which later became the BJP, consistently tried to delink the Nehru family from Mahatma Gandhi’s legacy.

The sole purpose of this delinking exercise was to weaken the Congress and gain a political foothold across the country. The RSS-BJP would not have succeeded if the regional Shudra forces wouldn’t have weakened the Congress in several states.

The unsaid opposition to the Mandal Commission report, which sought reservations for the marginalised communities among other welfare measures, both by Indira and Rajiv Gandhi (by not tabling the Mandal report) made the Shudras think that the Congress does not want Brahminism to be weakened in bureaucracy and educational institutions.

The Congress Brahminism was accommodating elite Muslims and some SC/STs, but not Shudra-OBCs in any significant way. Given their numbers in the Indian population, they were feeling the neglect significantly. One former Congress OBC leader once told me that Rajiv Gandhi used to get furious even upon hearing the idea of reservation. He was strongly against any discussion on the caste question. He never studied the caste system as he won that massive 1984 victory because of Indira Gandhi’s assassination.

This apparent anti-OBC reservation stance of Indira and Rajiv convinced the Shudras that they cannot progress under the Congress. So, the Shudras who had an agrarian feudal base, and the lower Shudrasm who saw government jobs as the only means to salvage them, slowly moved away from the Congress.

The BJP, which was by then emerging as the Brahmin-Bania party, was also not in support of reservations. It was the Congress, however, which was the ruling party and when VP Singh was implementing reservations, Rajiv Gandhi was the opposition leader. The BJP was initially not supportive of caste-based reservations. (Photo: Reuters)

A section of Shudra/OBCs, meanwhile, made its way into the BJP and that section slowly forced the Sangh to come to terms with the reservation issue. By promising 10% reservation for the Economically Weaker Section (EWS), the BJP neutralised the issue of caste-based reservation and got Congress into its trap.

Post-Mandal, the BJP tried to project Sardar Patel as a better leader than Pandit Jawaharlal Nehru. The strategy was first used by LK Advani, who was later compared with Patel. Advani is a Sindhi Marwadi. The BJP needed a national icon to be pitted against Nehru because they do not have one in their ideological fold.

That Patel, a Gujarati Shudra, contested Nehru on many fronts is well known. Maybe Advani and later Modi and Shah owned Patel becausehe also came from Gujarat and was a pro-RSS Shudra leader. This helped Modi more than anybody else as he claimed that he is a Gujarati OBC.

By deploying Modi at the forefront in the battle against the Congress, the BJP has taken away all OBCs from the fold of the regional Shudra leaders. In UP, Bihar, Maharashtra, Haryana, and to some extent in Karnataka, the Shudra leadership has been weakened now. It still remains somewhat stable in Tamil Nadu, Andhra Pradesh and Telangana. In West Bengal, and Odisha power continues to be in the hands of Brahmins.

The regional Shudra forces weakening the Congress in many states helped the BJP. The revival of the Congress is impossible without this support group coming back in its fold. The only way the Congress can do this is by inviting all regional parties with Shudra leadership into its fold.

But the Congress would need a leader like Mahatma Gandhi to convince all those leaders to come together. Rahul Gandhi can at least try to do it.

← Why Kamala Harris for US President: The world must root for this candidate in the US presidential battle
A New Cast | The Indian Express →