Gandhi was not a caste abolitionist: Kancha Ilaiah Shepherd

Dalit-bahujan youth see Gandhi as a figure of past; Ambedkar as figure of the future 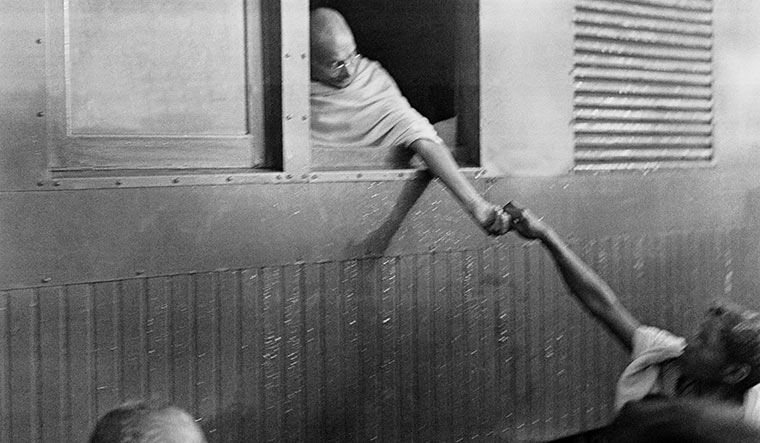 When I was in school final in 1969, Mahatma Gandhi’s 100th birthday was celebrated with visible propaganda. As school children, we enjoyed that celebration. But at an advanced age of 66 I have to assess his role in our lives now. By ‘our’ I mean in the life of the dalit-bahujan mass, who constitute the majority of Indians.

One visible change I see is that in 1969 there was no competition to Gandhi’s moral and socio-spiritual leadership and his Mahatmagiri. But by 2019, Dr B.R. Ambedkar had challenged him. Ambedkar later acquired the status of ‘Father of the Constitution’ by disturbing Gandhi’s status of the ‘Father of the Nation’, though title is with him.

By 1969 ‘harijan’, the name that Gandhi had given to the untouchables of India, had become both popular and legally and socially accepted name. But the dalit movements over a period of time successfully fought to erase that name from the Indian diction.

While the constitutionally valid name Scheduled Castes is in our diction, the concept dalit has become a new name of identity, and Ambedkar has acquired the status of a prophet, as Navayana Buddhist, whose spiritual and socio-political identity forced even the BJP and the RSS to give him more visible place than Gandhi in day-to-day discourses.

The Congress is in a crisis because for a long time it ignored Ambedkar, and only Gandhi and Nehru were given the highest status. Now they, too, give Ambedkar a respectable position, as the dalits have forced them to. 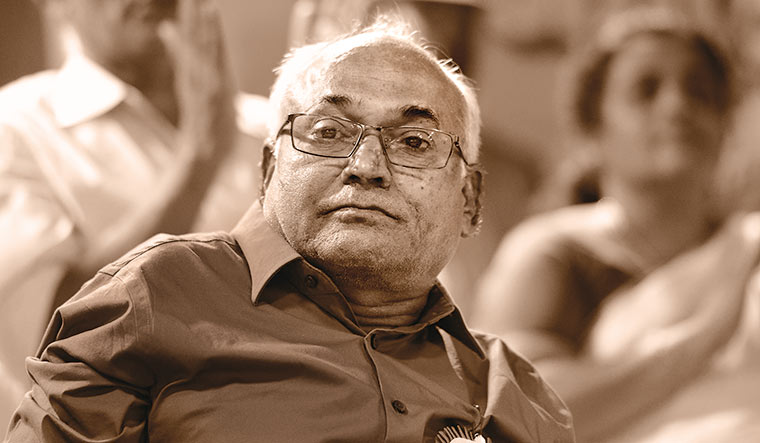 Both the BJP and the Congress are trying to address the untouchability issue, but not the caste hierarchy. Their commitment to SC/ST reservation and the Scheduled Castes and Scheduled Tribes (Prevention of Atrocities) Act tells about their position.

Gandhi was against abolition of caste and varna order because he knew that the caste/varna institution is the soul of Hinduism. The RSS/BJP share this view of Gandhi, hence they try to use their power in Delhi to subtly send that message by giving a bigger celebration to his 150th birth anniversary than what Indira Gandhi’s Congress did in 1969.

But the dalit-bahujan movements have an agenda of abolishing caste, untouchability and varna system. They try to remain indifferent to this celebration as they do every October. In contrast, April 14 (Ambedkar’s birthday) has become a household festival day among the dalits across the country, whereas Gandhi Jayanti celebration is a governmental affair.

By his 150th birthday, semi-naked Gandhi is a companion of the rich and ruling elite, but the suited and booted Ambedkar is a prophet of the poorest of the poor. The inspirational Indian dalit-bahujan youth see Gandhi as a figure of the past and Ambedkar as the figure of the future.

Yet Gandhi remains relevant, in my view, because ‘his experiments with his truth’ need to be examined for how untruths can be passed off as truths. He made, if not the whole nation, at least his followers, believe that if one eats the goat meat a goat cries in one’s stomach. But if one drinks the goat milk it does not cry. It gives good health. Millions before his experiment ate goat meat and millions ate after his death. In all their stomachs it just digested and became part of their flesh and blood. That is another truth.

There are many things to learn and unlearn from Gandhi. I see strength in his theory of nonviolence. I hope the ruling party learns from that theory and practises real nonviolence not vegetarianism, which is not an indication of nonviolence.

← Dear Indian intellectuals, we are not fools: Faux regional language lovers closed the poor’s access to English for years
Why Kamala Harris for US President: The world must root for this candidate in the US presidential battle →