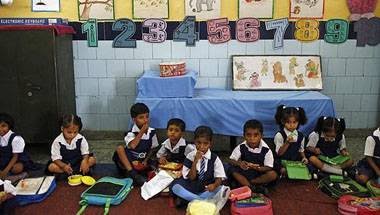 Both the BJP and Congress differ very little on the kind of education they envision for India’s young. Here’s where the two Gandhis could make a real difference.

In less than a month, voting to elect members of the 17th Lok Sabha would start. A new government will be in office by the first week of June. Political parties would start releasing their election manifestos soon, promising everything from the moon to the sun. 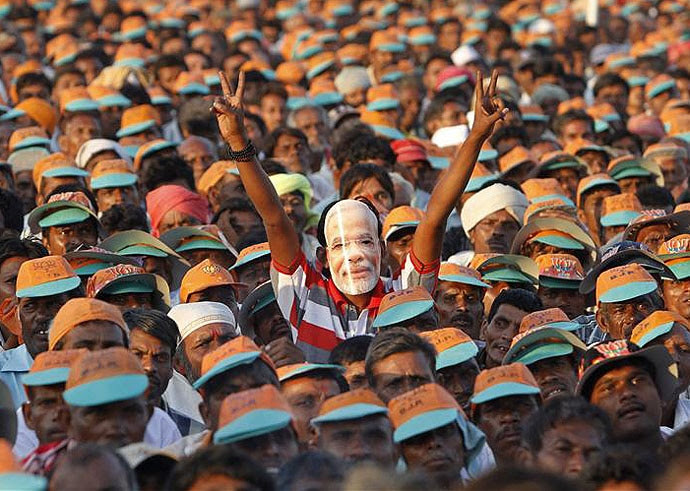 Political parties will soon start rolling out their election manifestos — but education won’t be on their agenda. (Source: Reuters)

The issues that seem to be at centrestage this election season apparently are — agrarian distress, joblessness, national security and allegations of corruption vis-a-vis the Rafale deal.

The one issue, however, that no politician or political party seems to be bothered about is the state of India’s school education.

No national party is likely to include school education reforms in its manifesto.

In my opinion, this is the most urgent issue that needs national discussion.

Unfortunately, after over 71 years of India’s independence, no government has spoken about the need to establish a Uniform School Education (USE) system in India.

What does USE mean in the Indian context?

This means one language which gives equal opportunity in the national and international job market to all the young people must be taught to every child from right from elementary school. This language must be English, given its market relevance in India and abroad. 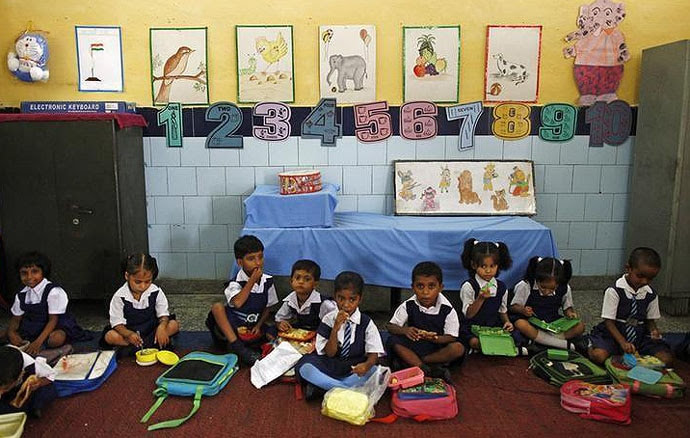 The only way to end the rich-poor divide in India is to teach every child English in school. (Source: Reuters)

Any opposition to teaching English for all children — poor and rich — is only a gross violation of our ethical and moral codes. Currently, English education is a privilege enjoyed only by the rich — this is exactly like the Sanskrit-medium Gurukul education system provided only to people of one caste.

It goes without saying that school education must ensure children learn two languages.

However, children in some states are forced to study three languages, which adds to the burden of their educational curriculum. While they are supposed to learn the language spoken in the state, they are also supposed to study Hindi and English. Children in Hindi-speaking states are thus at an advantage because they have to learn only two languages.

Students should also be educated about the ‘dignity of labour’ — our social discriminative culture is repugnant towards labour. An anti-labour psyche is the prime component of Indian anti-nationalism. The present anti-social and anti-national being could be transformed into an effective social integrative nationalist person only by teaching about the dignity of labour.

Our children should learn that nationalism means respecting the production process, with a sense of dignity of work, not just respecting one religion or fighting the ‘nation’s enemy’.

The problems of caste and gender discrimination can be effectively addressed by sensitising students towards these right from school.

In my opinion, all schools must ask children to do this prayer every morning:

God, you created no caste among us,

God, you allowed no untouchability among us,

God, you told us to work and live,

God, you told us to respect our parents,

God, we pray to you as proud Indians,

God, you created all Indians equal.

(From my book, From a Shepherd Boy to an Intellectual: My Memoirs)

Once the basic structural gap between our rural-urban school education is reduced, many problems of our higher education system will begin to get resolved.

Here, both the BJP and the Congress are treating the school education more or less in the same way. They differ only on how much religious content and of what religion should be taught. But they have no fundamental differences on the class bias in education system — one that deprives poor children of English education. 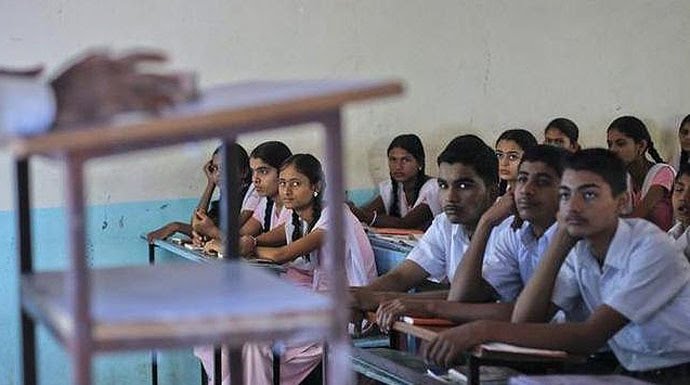 This education system is against the very spirit of equal opportunity for all enshrined in the Constitution.

The present education system took shape under the Congress government and the BJP wants to take away even the few good characteristics it has. In my view, they do not want the system to be uniform. All that the party apparently wants is to make it more Hindutva-oriented.

The BJP’s obsession with Hindi and religion is anti-development.

If the Congress wants to reclaim its nationalist image — as it was born as the Indian National Congress party in 1885 — it must rethink the school education policy of India.

Only a uniform school education that can abolish structural differences will help build an equitable and just India.

People voting must bear this in mind because this is what will shape the future of their children.

If both Rahul and Priyanka Gandhi, as young people themselves educated in English-medium schools, promise the nation in their manifesto that children in India would get uniform education, they can make a huge difference to the country — and to young lives.