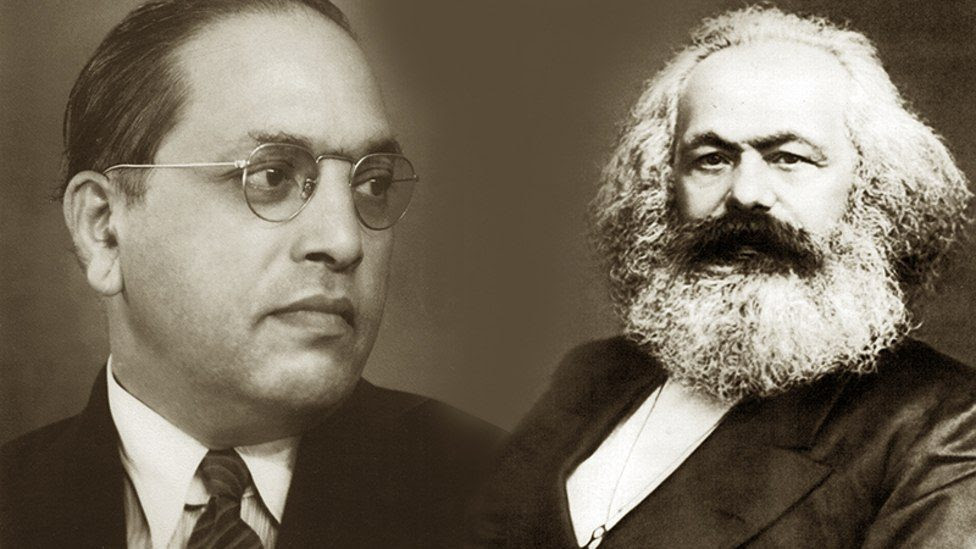 The newly formed organization popularly called T-MASS is a registered organization under the Telangana Government’s Registration Act with a name “Telangana Mass and Social Organizations”. Under its broad umbrella many Ambedkarist, Phuleite, communist, humanist, women organizations are working with a broad philosophical framework of Mahatma Phule, Ambedkar and Karl Marx. Its banners always carry the portraits of these thinkers and perhaps it should add Savitribai Phule’s portrait too, as the organization has spread her name and image to the nook and corner of the Telangana state, with a massive campaign on her 186th birthday on January 3 this year.

The T-MASS was formed on July 4, 2017 with the initiative of the CPI(M) of Telangana and several Ambedkarist-Phuleites organizations and activists like Gaddar, Kaki Madhava Rao ( the first Dalit Chief Secretary of the united Andhra Pradesh) Kancha Ilaiah Shepherd, Vimalkka (well known OBC revolutionary woman singer, who heads the Arunodya cultural organization) Prof. P.L.Vishweshwar Rao ( a well known OBC academician from Osmania University), U. Samabshiva Rao (An OBC social activist ), J.B Raju (a well known Ambedkarite and Dalit welfarist) and so on.

Within six months it became a very impressive mass movement that drew hundreds of left and Phule-Ambedkarite and other welfare organizations into its fold.

By the end of January, 2018 the organization has grown so much that out of 10, 434 villages in the state its committees came into existence in about 6 thousand villages. Out of 584 Mandals of the state its committees are formed in about 400 Mandals. All thirty districts of Telangana had the well attended district conferences and very broad based committees are formed in all the districts. It was a great pleasure to see in every meeting red, blue and green flags fluttering in the processions and public meetings. Different caste communities came into streets with their caste cultural instruments. The same castes that came into streets to achieve Telangana state are now on the streets to fight for social justice, as achieving social justice is T-MASS’ main stated goal.

It is unfortunate that in the state where 93 percent people are OBC/ Dalit/Tribal and Minorities (as per the Telangana Governments Household survey after the bifurcation) have no say in the governance, as the feudal forces that came to power after the bifurcation did not respect any promise given to them during the movement . The Telangana state was granted based on the Srikrishna Committee Report, with a view that any Government that comes into power will have the OBC/SC/ST component will be decisive. But after the TRS Government under the leadership of K.Chandrasekhar Rao was formed these hopes of all those social forces got dashed to the ground.

In spite of several communist/Maoist movements, including the 1948 Telangana Armed Struggle and the 1980s Naxalite movement the feudal hold on the state is so strong that immediately after the bifurcation the feudal forces asserted and the anti-OBC/Dalit tendencies began to be expressed in very sphere of life. Compared to Kerala, where the early communist struggle succeeded with communist Governments at least alternatively, that deepened democracy there. But the Telangana region retained the feudal hold till today. Telangana today is far more backward than Kerala in every respect, including in the sphere of social justice. Two OBCs (V.S.Achudanandan and Pinarayi Vijayan) have become chief ministers of the state from the CPM but not a single OBC could become CM in united Andhra Pradesh. The OBC/Dalits were dreaming of sitting on that Gaddhi once Telangana is formed. But KCR burnt that dream in the sleep itself.

Interestingly, the CPM, which did not participate in the latest round of bifurcation movement, got better support the moment it joined hands with Ambedkarists and took up the cause of social justice. When its State Secretary Tammineni Veerabhadram started a Padayatra in late 2016 making the social justice issue as the main plank there was tremendous response from several sections of OBC/SC/STs. In a massive public meeting in March 2017 at Hyderabad, on the concluding day of the padayatra, its national Secretary Sitaram Yechuri has also said ‘Lal-Neel’ unity is our goal and our slogan would be ‘Jai-Bheem-Lal Salam’. Though Veerabhrdram came from the Kamma (Shudra upper caste background) and Yechuri came from the Brahmin background, the Telangana Dalit/OBC activists began to take them seriously and believe them.

One of the communist convictions, from whatever caste background they come from, is that if they do not agree with some ideology they would say openly and carry on their activities. The BJP on the other hand publicly declares that they accept Ambedkarism as their ideology but do totally opposite things on the ground. This has been established in the recent past. This difference people noticed over a period of time.

The communist struggle for poor, even though was/is meant for the improvement of the Dalit/OBC life, the leaders were not accepting Ambedkar as their icon too. Hence after the Ambedkarism became well formulated ideology after the 1990 Mandal movement every Ambedkarist was doubting their pure Marxist position as anti-Ambedkarist position. The Telanagan experiment seems to set a course of trusted relationship between Ambedkarists and Marxists.

The T-MASS has now become a socio-cultural revolutionary movement that may pave, as Ambedkar in his book ‘The Annihilation of Caste’ said, a way for a sustainable social justice centered political revolution through vote in future. All the communist streams of India must realize that the days of armed struggles are gone.

The communist understanding of the Indian Constitution has now radically changed. Once upon a time they considered it as the bourgeoisie-feudal constitution, therefore, needs to be torn into pieces. That was when they did not study and understand how it replaced the most barbaric Manu Constitution. Now protecting the Ambedkar’s constitution is the most revolutionary task before them. In fact, all the Ambedkarist, Marxist and Nehruvians need to do this collectively.

The Ambedkarists, including the political formations like the BSP, must realize that without the communist support, when the Hindutva forces try to tear the Indian constitutional structure apart, they cannot protect it on their own. It should be a combined struggle of all those who believe in this constitution, as the possible best legal document that Ambedkar had worked out for a gradual abolition of caste-class oppression and exploitation.

The unity of Ambedkarists and Marxists (communists) in the electoral domain will have to precede by forming social movement based alliances all over the country. Such unity was also seen in Maharastra in the Bhima-Koregaon struggle. But such alliance has to take an organizational shape there as happened in Telangana.

It is true that to sustain this unity requires very sustained Ambedkarist-Marxist discourse in both writing and seminars and so on. The T-MASS took a shape after long engagement between these forces in Telangana. The present national environment, where many dangers for the democratic, socialist ( even that notional) and secular fabric of the nation, are on the horizon, these two schools of thought must make a serious effort to forge alliances.

Unfortunately the pure Nehruvians have pushed the state apparatus into the hands of the Hindutva forces, as some of them, got into the trap of corruption. The communists, while ruled three states—West Bengal, Kerala and Tripura– for a long time, did not get into the trap of corruption or massacre type of violent situations. The only Ambedkarite party the BSP ruled one state—Uttar Pradesh—and did not get into such traps. However, Mayawati is not entering into any meaningful ideological dialogue with Marxists.

The Ambedkarist social organizations and the communist organizations need to discuss the Telangana experiment and see that it could be extended to other states and to the whole of India in days to come.

( The author is Chairman of T-MASS)

← ‘If You are Afraid, How Will You Build a Good Social Science? says Prof Kancha Ilaiah
To Be or Not to Be →