The professor must be provided all the security that he needs and those threatening to kill him must be prosecuted. 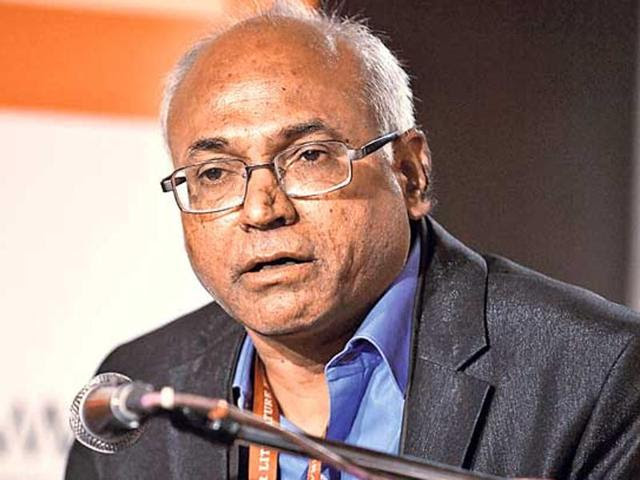 While it is nobody’s suggestion that India was a tolerant land some three years back and suddenly has developed intolerance, none can deny the fact that the goons threatening intellectuals and activists have certainly become more arrogant and encouraged by the absolute ‘disinterest’ shown by those in power. In the past few years we have lost number of persons in the cause of human rights and secularism and probes have reached nowhere even though links with organisations associated with Hindutva groups have been reported in the media.

Activists are being threatened; intimidated and street goons have taken it upon themselves to provide ‘justice’. Where the person is a bit powerful, cases are filed against him in the court while goons are let loose to physically intimidate him.

Kancha Ilaiah is a well-known Bahujan philosopher who has been actively critiquing the Brahminical social order and its injustices meted out to the Dalits-OBCs and adivasis. Should he not be allowed to do this under the garb of ‘hurt’ community sentiments? It is not the question of any outsider writing a critique but a person from the community historically denied right. The only difference this time was that his new book that has come out is about the Vaishya (also spelt Vysya) community which is basically a trading community.

Normally Brahmins are the target but this time the Vaishyas (Banias) have taken it upon themselves to protest against Ilaiah for writing against them. The main contention of the community is that they have been called ‘social smugglers’ by Kancha Ilaiah in his book. One Member of Parliament from Telugu Desam Party, TG Venktesh, has reportedly threatened to kill him and asked for his hanging. Yesterday, his vehicle was attacked and a prompt action by his driver saved his life.

So shocked was Prof Ilaiah that he felt deeply isolated and decided to confine himself to his home for the next one week. It is said that an intellectual at this stage is facing so much threat of physical violence and no assurances from the authorities for his safety. Now the issue is being deliberately being politicized to create a Hindutva frenzy in the state so that corrupt politicians can reap the benefit of the emotional blackmailing of people.

This is the ‘New India’ where the Brahminical Hinduism will come through violent means. No criticism would be allowed or countered through a fair critique. It is not that Ilaiah wrote for the first time. His thought provoking books are there in open and should be welcomed. One can disagree with him and for that we have all avenues to not merely protest peacefully but also to write counter arguments to denounce him but that is not happening.

With so much of the media and the publishing world in hand, these power elite are still fearful of a few who critique them. We are informed that Gandhi was a Bania. None deny that. We are not here asking anyone to be unhappy where they are born. None come here with a fixed birth record except in the Brahminical system where your caste and occupation are fixed with your birth. That is what we call caste based varnashram dharma and it must be rejected.

We cannot hide the fact that caste system and caste discrimination are the biggest obstacle in the development of this country. In fact the caste system remains our biggest hurdle in national unity and integration. The caste system creates prejudices in the minds of people and limits your mobility beyond your own castes. Once you confine yourself within your caste, everything outside it looks as suspect and dangerous. Can we have a united India with so many thousands of caste and each considering it superior to other?

Critiquing India’s notorious caste system is nothing wrong but will ultimately help India get stronger and united. Even then if Ilaiah has said anything academically or factually wrong then there are options before the people to go to the court or even write rejoinder, engage in a democratic debate. Huge number of upper caste members dominate our media, academia, intelligentsia and they can write a counter critique of Ilaiah. But the street protests that we are witnessing in Andhra and Telangana are merely for political purpose and need to be unconditionally condemned.

The videos of protest using innocent children to urinate in public on the photograph of Ilaiah is nothing but the sick mindset of people who are using children to reap the rich harvest of hatred during the election. It is deeply despicable and condemnable. Why should children be used in a debate which is academic debate? And even if they are used, is this the best way to use their ‘creativity’. Is this not an imposition of male supremacy as we find no girls or women in the protest?

Kancha Ilaiah has not killed anyone, nor is he spreading hatred against particular communities or people. He has not threatened anyone but only spoken through his writings against what he and many like him consider historic wrongs. Isn’t it his right to question and speak up against the social injustice that prevailed for centuries in our society?

Isn’t it for Indians to ponder as why one community is in business or knoweldge while other is purely for cleaning human excreta? Is this not a reservation which has existed in this filthy society where a few protested but those who enjoyed kept quiet? When this hegemony is challenged then the question of merit is raised as if all those in the Dalal Street in Mumbai are the most meritorious people. Caste system is nothing but hidden apartheid and you cannot hide from the fact that it needs to go and should be abolished as Dr Baba Saheb Ambedkar as well as many others like him, had wanted.

What is more disturbing is the failure of the two state governments of Andhra Pradesh and Telangana to provide him protection and take action against those threatening him. The way political protests have been launched against him is clear indication of the local politicians who are being encouraged by their respective parties to intimidate a scholar through street goondaism. The two chief ministers of Andhra Pradesh and Telangana are the same persons who refused to speak up against institutional murder of Rohith Vemula.

Even when the entire country stood up for Rohith’s cause, the two upper caste governments actually were determined to treat him as a ‘non-Dalit’, a deliberate ploy to divide people on caste lines and deviate from the real issue of the prevailing caste prejudices in their system. A Member of Parliament of TDP has openly threatened to Ilaiah him but there is no action from the party head and chief minister Chandrababu Naidu. The goons are openly attacking him and monitoring his physical movement but the two chief ministers remain shamelessly silent on the issue.

Another appalling thing is the conspicuous silence of intellectuals and political parties as Kancha has himself said. This is a very disturbing fact. We know he has been a critique of Brahminical system in our political parties and intelligentsia including the Left. This is not for the first time that any intellectual has spoken about the Left and other political organisations. It was a critique of Dr Ambedakr, Phule, Periyar and many others who have followed their path over the years. There are of course upper caste people who acknowledge their faults and happily engage in a fruitful discussion on the issue which is a welcome sign.

This is the period of a great crisis. Those who are targeting Ilaiah know it well that there are wide differences among the non-Hindutva groups. This is not merely the problems of the Left forces but also of the Ambedkarites and Bahujan forces. It is not the time to get into digging history and then taking a stand. In my opinion every Ambedkarite or a true intellectual of any variety, Left or socialist or freethinker will always defend an individual’s right to freedom of expression and engage in democratic debates.

Moreover, it is not a street brawl that Ilaiah has engaged in but a purely academic work which can and should only be countered through academic exercise or democratic protests. The pain is that we have not heard intellectuals, academics taking any stand on it particularly outside Andhra and Telangana except for some individual responses on social media. It is good that the Congress Party has issued a very strong statement in the media as their spokesperson Randeep Singh Surjewallah demanded action against the threatening MP and protection to Ilaiah. This is certainly a positive sign and we appreciate it.

India is fast becoming a mob republic where the power elite has developed various ways to not only intimidate you but also to put you in deep distress, go to the extent of physical hurt or even elimination. The mobs are being encouraged to take law in their hands and they have the fullest backing through the PR agents who can easily convert a wrong into right and the vice versa but then these should be the finest hours for all of us who are fighting against the subjugation and discrimination as it is the right time to see the truth, decide our stand and our attitude.

We need to develop a culture of debate and discussion as that is the only way to save us as a society and as a nation. Once people start taking law in their hand and deciding to judge everyone in the street we will have none to blame but ourselves. It is better to learn from the experiences of others. People in Sudan, Yemen, Afghanistan, Iraq, Pakistan and elsewhere know well the importance of democracy where in the name of identities and national interests people have killed each other. India survived as a democracy and fared well because despite all our weaknesses, we promoted ideas through constructive debates. We agreed to disagree.

If you don’t like Ilaiah or any one like him, don’t read him, switch off your TV or counter him ideologically through various mediums. Each one of have various options including social media and it should be used to strengthen debate. But don’t fall prey to the political goons who are only using sentiments to spread hatred and promote their political interest. Professor Ilaiah must be provided all the security that he needs and those threatening to kill him must be prosecuted.

← My Statement after Parkala Attack Yesterday
Interview – If govt can’t protect (me), other intellectuals not safe in country: Kancha Ilaiah Shepherd →